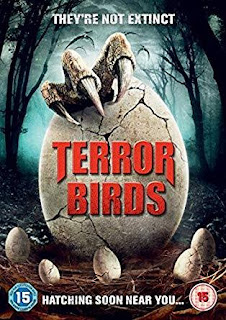 Today is exactly a year since I originally watched this monster movie, so what better time than right now to recall – and add to – what I wrote about it back then?

Tonight [26 September 2019], I finally got around to watching another one from my ever-expanding collection of crypto/monster B-movies on DVD. Directed by Sean Cain and first released in 2015, this one was Terror Birds.

As its title suggests, Terror Birds is all about reclusive zillionaire Harvey Sullivan (played by an unrecognisable Greg 'BJ and the Bear' Evigan!) who follows up native reports of greatly-feared 'death birds' said to inhabit a couple of tiny uninhabited Caribbean islands and discovers to his amazement a single last-surviving pair of Titanis-like terror birds (aka phorusrhacids) but of enormous size (more Kelenken than Titanis), officially believed to have become extinct at least 2.5 million years ago. So he captures them and secretly transports them to his isolated estate in Texas, USA, where he keeps them contained in a sizeable paddock ringed by a high electrified fence as he attempts to incubate and rear new generations of terror birds to save their species from extinction (and, rather less altruistically, sell them to the higher bidder!).

However, after intruding birdwatcher/scientist Keith Stern (Craig Nigh) is devoured by them, his daughter Maddy (Jessica Lee Keller) decides to investigate why her father has gone missing (he never told her where he was going), and together with her boyfriend and some other friends she traces his last-known route, which leads them to Sullivan's estate, and the terror birds. As with all such movies, however, it all goes horrifically awry, yielding the usual ever-increasing body count of bloodied, dismembered corpses when the birds systematically stalk and attempt to slaughter every human that they encounter. 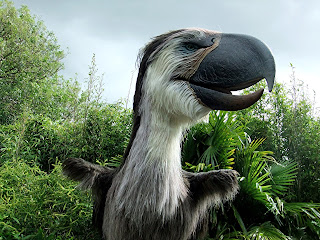 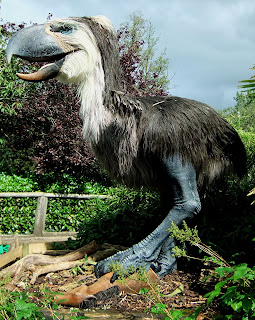 Irrespective of how hackneyed the plot of Terror Birds may seem, however, I still enjoyed it, not only because in terms of its title subjects' stunning visual presentation it is definitely a superior addition to the plethora of monster-themed B-movies released in recent years, but in particular because of one very specific aspect concerning their depiction. Namely: instead of wings, these terror birds sported a pair of clawed forearms.

Yet although this definitely made them look very bizarre, in reality it did have official palaeontological precedence. For at the time when this movie was first conceived, there actually was a theory that these birds did indeed possess such appendages, in turn inspired by some rather incomplete and ambiguous fossil forearm remains on file for these species.

Later on, conversely, various more comprehensive discoveries effectively scotched this 'armed' terror bird reconstruction, with current palaentological depictions giving them wings instead. But in Terror Birds. the fascinating image of terror birds with arms is forever preserved, and for that if for no other reason we should celebrate this movie's existence.

And if you'd like to see them for yourself, be sure to click here to watch an official trailer for Terror Birds on YouTube. Incidentally, this is by no means the first movie to feature terror birds - a superb stop-motion animated terror bird created by Ray Harryhausen appeared as long ago as 1961 in Mysterious Island, based very loosely on a Jules Verne novel of the same title. Tragically, however, its zoological significance was largely lost upon cinema-going audiences, because most of them thought that it was simply a giant chicken! Click here to see Harryhausen's (as-ever breathtaking) take on the terror birds.

[This review's earlier, shorter version was originally written by me on 26 September 2019.] 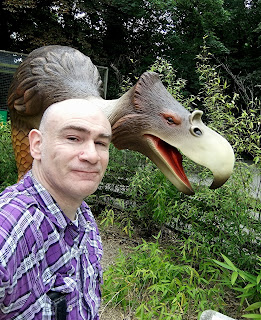 Alongside a life-sized model of Titanis, last of the terror birds (© Dr Karl Shuker)

HYPER SAPIEN: PEOPLE FROM ANOTHER STAR 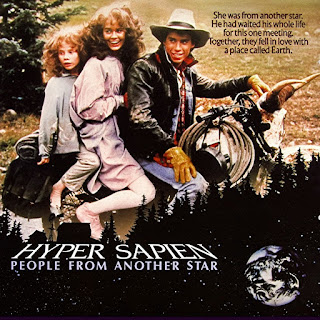